Integrating Sources Into Your Paper

Integrating sources into a paper can be challenging. How much of a source do you use? When should you use quotation marks? It is important to remember that you are the author of a paper, so sources are properly used to back up your own arguments, not state an argument in themselves, so how you use them depends on the structure of your paper and your argument.

Let's use this paragraph from a scholarly article to illustrate examples of quoting, paraphrasing, and summarizing a source

These results suggest that morning people, or early chronotypes—as measured on the morningness–eveningness continuum are more proactive than are evening types. Additionally, the misalignment of social and biological time, as assessed by the difference between rise times on weekdays and on free days, correlated with proactivity, suggesting that people with a high misalignment of social and biological time may be less able to act in a proactive manner, probably because of sleep delay. Their biological schedules seem not to fit neatly into social demands (e.g., school, university, work schedules) as do those of less misaligned people.
Randler, C. (2009). Proactive people are morning people. Journal of Applied Social Psychology, 39(12), 2787-2797.

Note that there are two ways to incorporate the source:

Examples using the paragraph above:
Recent research shows that people who are not naturally early risers often have persistent issues adjusting themselves to the morning-oriented schedule of most schools and workplaces, and because of this may be less proactive in their behaviors (Randler, 2009).
or
The natural alignment of sleep schedules to work and school schedules allows early risers to have more energy and display proactive traits, while people who are natural late risers, and thus often combating sleep delay in adhering to regular schedules, display fewer of these traits (Randler, 2009).

Note that when summarizing, you do not always have to include the page number as you are summarizing the findings from the whole study, rather than just a small part of it.

Understanding Plagiarism Tutorial
Test your knowledge on plagiarism with this short tutorial! 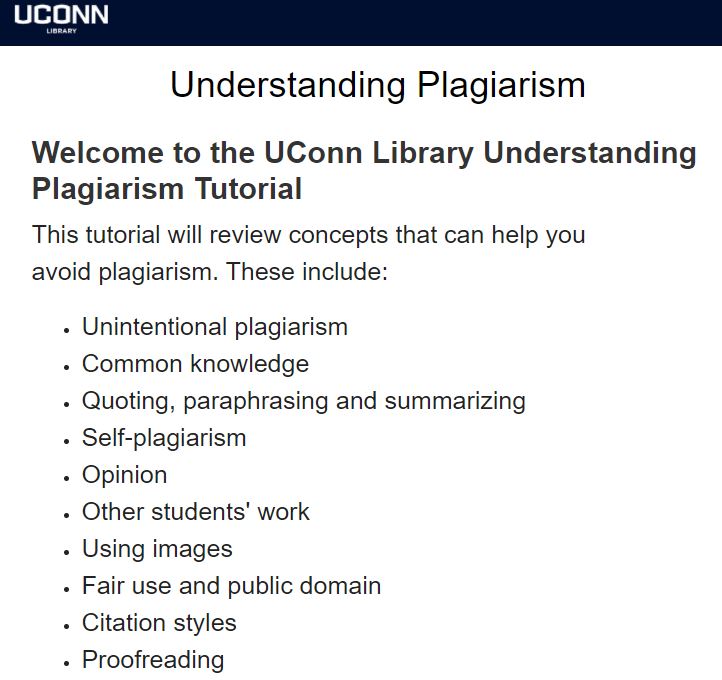 Paraphrasing : How to Avoid Plagiarism

In general, it is best to use a quote when:

In general, it is best to paraphrase when: