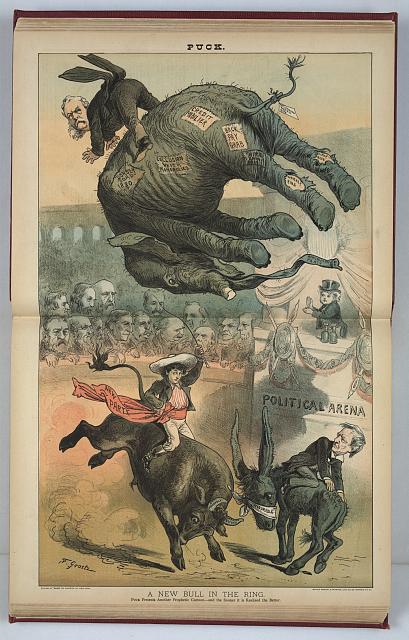 The purpose of this guide is to provide help with your Bull in the Ring or other Journalism Ethics assignment.

Write down all the terms, concepts, names, issues, events you can think of which define this issue before you start your search. As you read about how your issue is described in articles, jot down these additional terms to use in further database searching.

What are the broader issues encompassing the ethical question? Privacy? Deception? Objectivity? The First Amendment? All of these concepts are treated at length in books and articles (many of the books set aside for this class are great for this); for the purposes of the assignment, is it possible to show that that the merits of your argument actually don’t conflict with the conventional wisdom on these topics?

Photo Caption for "A New Bull in the Ring / F. Graetz