This guide provides an overview of library and archival resources for Black History Month at the UConn Library. 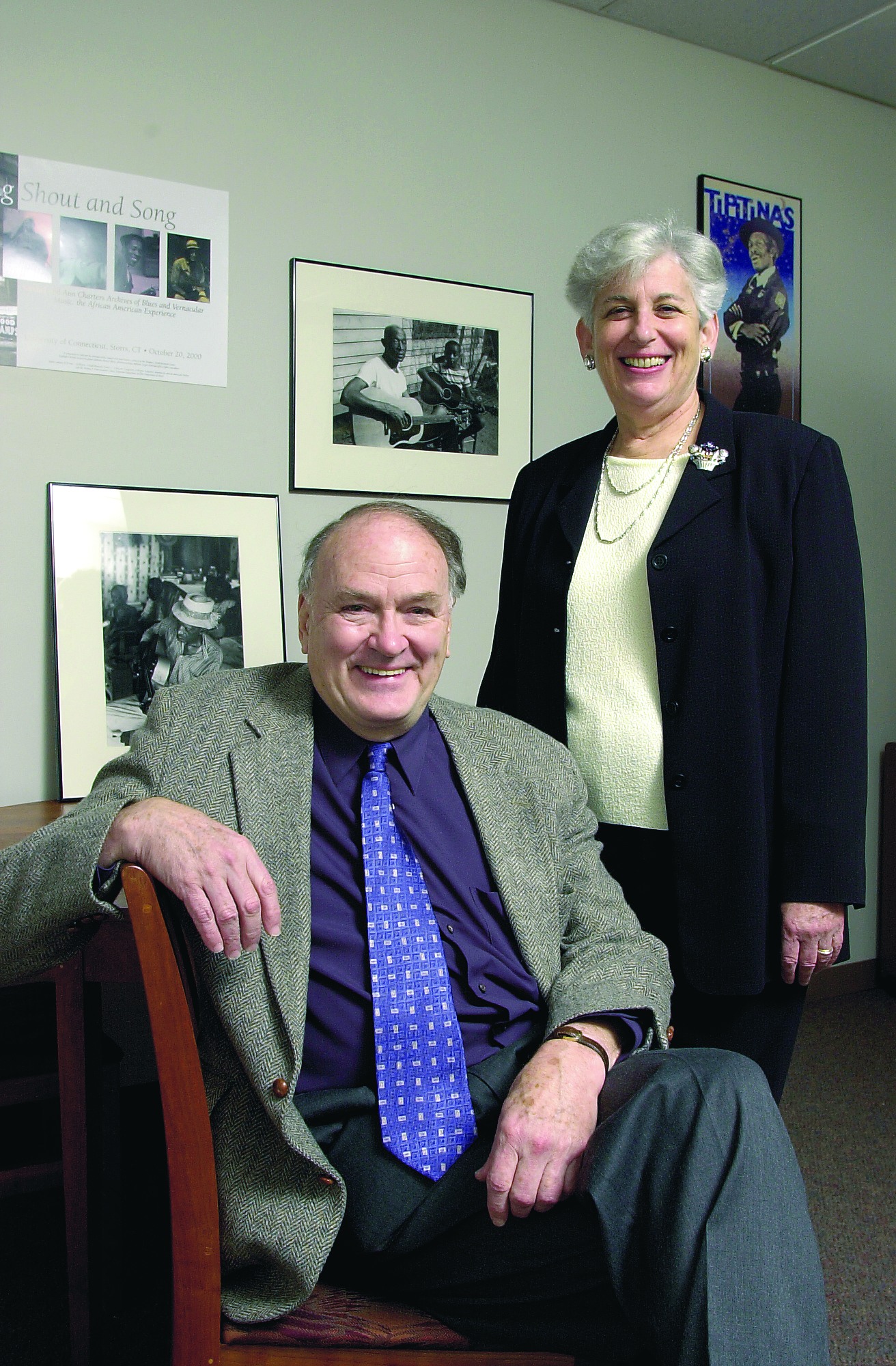 Despite its primary emphasis on the blues and ragtime, the Samuel and Ann Charters Collection spans the entire 20th century, beginning with African-American Spirituals and the ragtime of Scott Joplin and other early composers, and ending with Snoop Doggy Dogg and the rappers of the late 20th century. The collection holds thousands of hours of recorded music on LP and 45 records, compact discs, audio cassettes, and reel-to-reel cassettes. Though some LP records date back to the 1940s, the compact discs in the collection include both recent and reissued material. Most of these recordings are commercial; and the Archives holds a complete catalog of music produced by the Arhoolie label, courtesy of label owner, Chris Strachwitz. The artists included in the Charters collection range from the most famous blues performers such as B.B. King and Robert Johnson, to obscure ragtime musicians. Many of the ragtime recordings are from concerts, conventions, and meetings hosted by the Maple Leaf Club.

Photo Caption: Photo of Sam and Ann Charters, with a few of their frame photos, at the Thomas J. Dodd Research Center (UConn 2011)

Selection of Materials from the Alternative Press Collection

Selected Black Newspapers in the Alternative Press Collection: (Search the Library's General Search to locate this newspaper in the collection)

Selection of Materials from the Alternative Press Collection

Alternative Press Collection Pamphlets: (Search the Library's General Search to locate this newspaper in the collection)