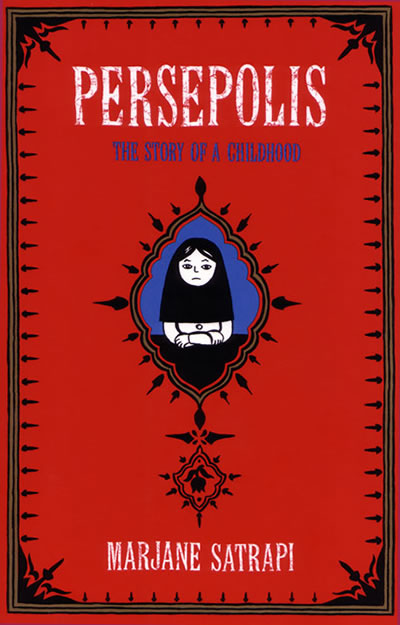 Persepolis, Marjane Satrapi’s graphic memoir of growing up during the Iranian Revolution, has received international acclaim since its initial publication in French. When it was released in English in 2003, both Time Magazine and the New York Times recognized it as one of the best books of the year. In 2007 it was adapted as an animated film, which was nominated for an Oscar and won the Cannes Film Festival Jury Prize and a French César. Although it was certainly controversial in the Middle East, there were no publicly reported challenges or bans of the book in U.S. schools or libraries until March 2013, when Chicago Public Schools administrators abruptly pulled it from some classrooms.

The circumstances surrounding the ban remain unclear to this day. In an email to employees, principal Christopher Dignam of Lane Tech College Prep High School initially said that he had been instructed by district administrators to remove Persepolis from the school’s library in addition to discontinuing its use in classrooms. Predictably, a furor ensued as students and teachers held protests and anti-censorship groups including CBLDF demanded an explanation. The day after Dignam’s email, district CEO Barbara Byrd-Bennett sent another email to principals claiming that the intention was never to remove the book from libraries, but only from classrooms due to “graphic language and images that are not appropriate for general use.” She said the book would no longer be used at all in 7th grade classrooms, and would remain suspended in grades 8-10 while district curriculum planners considered whether it might be used there after “appropriate teacher training.”

As Chicago students themselves pointed out, the few panels in Persepolis depicting torture techniques that were used on Iranian dissidents are no more graphic than images encountered while studying other true events such as the Holocaust or slavery. Moreover, many of these same students are exposed to real-life violence daily in their own neighborhoods, so the official CPS justification for the restriction of a modern classic in the nation’s third-largest school district remains unconvincing. - Maren Williams