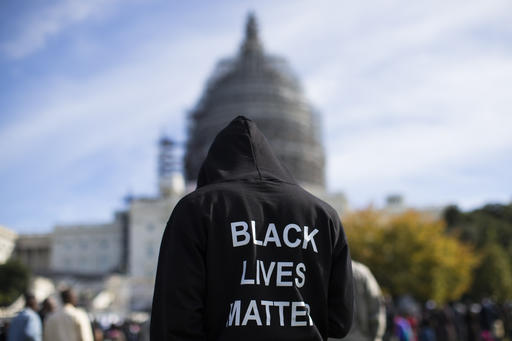 This page offers your resources useful for your SOCI 3821W: Social Movements research projects. If you have questions or need help with your assignment, feel free to contact me anytime.

Photo Caption: In this Oct. 10, 2015 file photo, a man wears a hoodie which reads, "Black Lives Matter" as stands on the lawn of the Capitol building on Capitol Hill in Washington during a rally to mark the 20th anniversary of the Million Man March. (AP Photo/Evan Vucci, File)

Databases: The following databases are good starting point to search for academic/scholarly articles on social movements. Be specific about which social movement or group you want to search and use quotation marks (" ") when searching phrases, e.g. "Black Lives Matter", "Suffragette Movement", etc.  to get better results.

Where to Find Full-Text for Articles and Chapters?

In a database, look for

UConn Full Text will help you

Check to see if we own the journal in print. Request a scan using Scan on Demand

In Google Scholar, click on the link "UConn Full Text"!