United States is not the only place where books are banned. Unfortunately this is a a worldwide phenomena. The reason for banning books are complex but there is one common element, the aim to silence speech at any cost. Adolf Hitler's Nazi burned thousands of books that contradict their politics. Writers around the worlds have been arrested, exiled or murder for their writing and their books banned or destroyed by governments afraid of the impact of their words in their country. The reasons to ban books don't need to be logical either. Some governments banned books from schools and libraries just because they feel that students shouldn't be exposed to harsh realities, or harsh words--even though they are making these decisions not based on reading the books but hearsay and political agendas.

Following are some examples of books banned around the world through time and space. Most of them are available in our libraries in English translation, so we invite you to check them out when you can and make your own decisions.

Books banned around the World 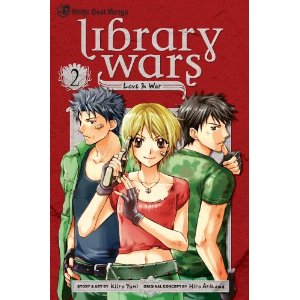 Check out Toshokan Sensō (Library Wars), both a manga (Japanese comic books) and an anime (Japanese animation), based on the light novels of Hiro Arikawa. In this story, librarians are not only good with a sharp word but also with automatic weapons, all to protect the right to read and fight against censorship.